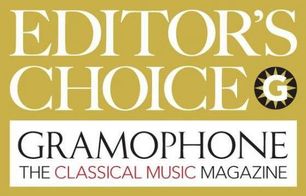 The Piano Quintet is one of Schnittke’s darkest, most haunting works. It takes existential angst to a pitch at which Shostakovich and Mahler would have given up, and then, miraculously, resolves it in a stunningly simple apoetheosis. While the work has in some sense an arguably fuller expression in its orchestral reworking as In memoriam, the sheer intensity of this chamber version is utterly gripping, and the combination of the young Greek pianist Erato Alakiozidou and the Lutosławski Quartet is electrifying. They treat the music with reverence, certainly, but they are also not afraid to mould it, to take it and make its very personal pain their own. It is not every pianist who can make the obvious waltz-like gestures of the second-movement Tempo di valse resonate as Alakiozidou does, and not every string quartet who – and here one thinks of the intensity of the Penderecki of the 1960s – can bring such tension to a cluster resolving on to a unison...........Read More
The best new classical albums - January 2018
“An excellent disc from the innovative Odradek label, musicianship and sound-quality of very high standard making for a grippingly intense chamber experience.”Martin Cullingford / January 2018
Fachos de Luz writes on Erato Alakiozidou and Lutosławski Quartet's album Light over Darkness that it "reunites Schnittke's quartet and quintet for piano to the quartet "In l'istesso tempo", of the Georgian Giya Kancheli... Scnittke's quintet was inspired by his mother's death. It has four movements of mourning and one, the last, which is almost a box of hopeful music. Light triumphing over the darkness." March 2018
Read More.....
LIGHT OVER DARKNESS by Erato Alakiozidou and Lutosławski Quartet reviewed in French magazine Classica by Sarah Léon:

"A dark piece in which we catch echoes of Malher and Shostakovich, Alfred Schnittke's Piano Quintet (1972-1976) is certainly a masterpiece. Five movements stamped with the seal of death follow one another implacably: four of them slow as laments, while the second, a squeaky waltz which slowly overturns and ends up as a lugubrious dirge, constitutes, if you want..., the exception. In the finale, a soothing melody in the higher range, composed almost exclusively over two notes, brings a ray of light on a dissonant bed of lower strings before a final waltz reminder, as a memory of the Imperial Vienna swallowed by the war.

The Piano Quartet (1988) appears like the anamorphosis of a quartet barely sketched by Mahler in his youth. Schnittke chooses to make us hear the Mahlerian material initially distorted, loaded with parasitic lines and dissonant chords, over a piano ostinato which recalls the obsessive motif of Gretchen at the Spinning Wheel, before gradually revealing the embryonic melody of the original.
Giya Kancheli's Piano Quartet "In istesso tempo" (1998) is in the same romantic-expressionist vein. Twenty minutes of crepuscular landscapes succeeding each other: alternately vehement, tragic, desperate, but also dreamy or ethereal, it perfectly complements Schnittke’ remarkable pieces."
March 2018

Dear Erato,
Here are few words about the album:
I was pleasantly surprised by the release of a CD album featuring my piano quartet L’istesso Tempo. I was pleased to find my work next to two compositions by Alfred Schnittke. Alfred was so close to me that I am taking the liberty of thanking Erato Alakiozidou and the Lutoslawski Quartet not only for myself, but also on behalf of my closest friend. Thank you for treating our music so caringly.

We really enjoyed listening to the incredible performance of music by Schnittke and Kancheli recorded on the “Light over darkness” CD. It was great to hear the “Quartet in L’istesso tempo” by Giya Kancheli for the first time in such wonderful presentation. But the main surprise for us was Piano Quintet by Alfred Schnittke that we have heard many times before in different interpretations, but this was something completely different: very exquisite, delicate, with no false pathos, with great understanding, and every note was full of meaning. The latter concerns even the silences inside pauses that we have never experienced listening to other performances of this masterpiece, and this we found absolutely magic.

True music -- that is, a statement from the heart. Highly unadorned piano writing (bravo Erato Alakiozidou) framed variously, yet always with conscious expressiveness, by contrapuntal statements in the strings, ranging from atonality to the most unaffected chords, fragments of waltz through a dream or a nightmare...Giorgos Leontzakos 2014